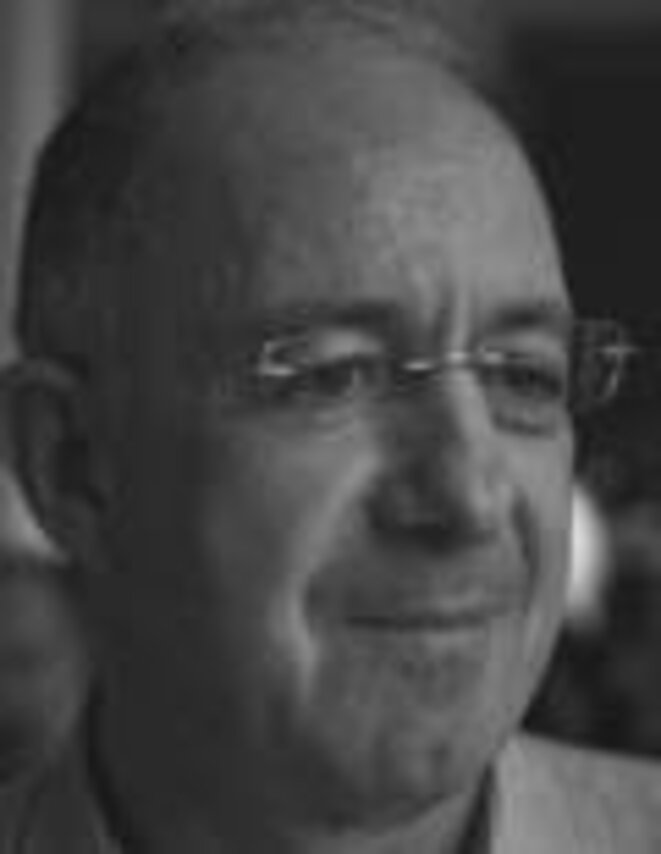 Mediapart : a media success story against all odds and conventional wisdom

What could possibly lead the University of Chicago Booth School of Business, regarded as a temple of market fundamentalism, to publish in April 2017  a case study on Mediapart, a still relatively modest media outlet launched in 2008 in Paris by a bunch of (mainly) former disciples of one Leo Trotsky, people to whom the Chicago Boys look like the devil incarnate ?

Success, that’s what! And a highly paradoxical one, in many ways.

First of all, when the small group of veteran journalists, three of them with distinguished careers at  France’s then most prestigious mainstream daily Le Monde, chose the business model, of a monthly paid subscription online paper, conventional wisdom, the world over, was that the Internet is  for free and no one will ever spend a dime on general news. Specialized information, for example financial news coming from well established institutions like The Financial Times or The Economist, maybe. But general news, so widely available in cyberspace, forget about it.

Ten years on, almost all the other so called « pure players » that came to life at about the same time as Mediapart, in France and elsewhere, but chose to provide access free for readers with advertising as an economic life line, are dead. And among news sites created by the old media to supplement and gradually substitute the (declining) printed editions, a pay wall has become common practice.

What looks ironical as well is that the founders of Mediapart are anything but contrarians, in their daily political thinking and «Weltanschaung». Very much in the prevailing mood in France, where capitalism is frowned upon and «neo-liberal» is an insult, they mostly regard the state as the solution, never the problem. While not advertising anymore the old Marxist principles of their youth, they certainly shared the Keneysian demand side ideas adopted by most of the Left in Europe, ideas which they came to believe in more strongly than ever thanks to the bursting of the subprime bubble and the advent of the worldwide financial crisis just as the first issues of Mediapart started to appear on computer screens.

In fact, Mediapart looks very much like a demonstration of the validity of supply side economics, whereby it is the offer made by entrepreneurs that will create a market for certain goods and services, and certainly not the prescriptions of a nanny (i.e. «welfare») state supporting and directing demand, increasingly paid for by budget deficits and a ballooning public debt.

Actually, the huge amount of public aid, over a billion euros a year, thrown at the French «old media» by the government has not prevented, as elsewhere, the continuous decline in circulation of newspapers and magazines, in accordance with another well established liberal rule that one cannot run while using crutches. In fact, while fighting at its own expense for a fair and equal tax treatment between old printed and new digital medias, Mediapart has turned down all state subsidies it would have been eligible to accept. As one of its mottoes goes, «seuls nos lecteurs peuvent nous acheter» (only our readers can buy us).

Freedom of the press, independence of the journalists from power in any form, whether economic or political, has been at the heart of the Mediapart venture. A freedom and an independence increasingly put at risk by the deteriorating financial conditions of the old media, proven by the fact that in France, but not only there, all the so-called national newspapers have become part of business empires whose main interests lie elsewhere (luxury goods, defense contracting, telecom services, etc.)

As it is well documented, ever scarcer ressources have led to shrinking newsrooms, closed foreign bureaus and the disappearance of lengthy and often costly investigative reports. From the onset, it was made clear by the founders that the «nuclear engine» powering Mediapart would be investigative reporting.

The first years have been truly challenging. While, contrary to what Bush Junior once remarked  «entrepreneur» is indeed a French word, risk-taking is not the forte of French investors. As one of many investors who refused to invest in Mediapart told us, «capital risk does not exist in France. We do capital development», that is providing money to already well established companies. Besides, the very purpose of the venture, to say nothing about the past record of factual reporting of its founders, did little to make capitalist investors wish to loosen their purse strings.

As a result, the seed money had to come from the founders themselves, a couple of sympathetic high net worth individuals and an association of «friends», a forerunner of what is nowadays known as crowd funding. And just one genuine investment vehicle, a hedge fund. And, as Mediapart insisted on paying its journalists and other staff normal salaries, that money was fast running out when the first big coup was scored by the team, in 2010. It is recorded in France as the Bettencourt case and it played well overseas, if only because of the personality at the center of the story. Liliane Bettencourt, the aging and frail heiress to the L’Oreal cosmetics empire, one of the planet’s richest women, had been psychologically and financially abused by a gang of rather unsavoury characters, with some political financing involved.

The resulting scandal made Mediapart a household name overnight in France and subscriptions quickly skyrocketed to 50,000, well above the break-even point at the time. Just to list a few of Mediapart hundreds exclusives, big and small, was the case in 2012 of a French budget minister, nominally in charge of combatting tax evasion, who at the same time secretly maintained an illegal bank account in Switzerland. After that, Mediapart presented its readers with an ever-growing amount of evidence that the successful presidential campaign of Nicolas Sarkozy in 2007 had been generously  financed by the Libyan dictator Muammar Gaddafi. In that particular case, journalistic and judicial investigations are still continuing.

Mediapart became profitable as early as 2011, and has remained so until today. In 2017, with both a presidential and a general election in France, sales grew by 16 % over the year before. After tax profit, at 2.2 million euros, on a turnover of 13.6 million, stood at a remarkable 16%, in an industry where losing money remains the rule. During the election campaign, the number of subscribers reached almost 150,000 and has since stabilised at around 140,000. On a monthly basis, more than seven million readers access the site, and the number of unique visitors was close to 5 million as of last year. Mediapart claims one million «friends» on Facebook and two million followers on Twitter. At 85, the permanent staff is now three times larger than at time of launch ; this number does not include freelance contributors. Those figures might look modest by comparison with other national media markets but not in France. Le Monde and it more conservative competitor Le Figaro are selling fewer than 250,000 printed copies a day.

What’s behind the success? And could it be replicated elsewhere?

When it comes to the quality of reporting, the degree of independence, adherence to journalistic ethics, the distinction between old and new media seems irrelevant. Mediapart is a media of the present and future but in term of professional values, its founders very much looked to the past, when Le Monde, until a decade ago, was still owned and managed by its staff.

But looking beyond the obvious, that is good journalism sells, there is one peculiar dimension of the Mediapart success story that would require more in-depth analysis. To what extent has a rather large dose of typically French (leftist) militancy contributed to Mediapart’s success? In other words, do you subscribe or do you join a cause?

Unfortunately, very little is known about Mediapart’s readership. If one looks at the comments readers write in response to our stories, comments that in some occasions can number in the hundreds for each story, there is no doubt that a far left sector of the French public opinion exerts a presence that has often proven overwhelming for the (rare and courageous) dissenters. The average very low quality of those commentaries has made the participative «part» of Mediapart a qualified failure. But in that respect, the French online journal has not set itself «apart» from the rest of the Net, and specially the social networks, where tribalism is dominant. On the other hand, one can assume that active and militant commentators are no more than a few thousands, not really representatives of a much larger and likely much more diverse readership.

More significant yet is that a solid contingent of subscribers are at the same time contributors to Mediapart, writing blogs, some of them of good quality, for «Le Club», distinct from «Le Journal» where professional journalists alone are in charge.

Future challenges are many. A growing competition aiming at catching up with the front runner, on the investigative reporting front in particular. Then there is the matter of the changing of the guard at the helm, with the founders reaching retirement age. There is a need to create a corporate formula that would allow passing the ownership of the company from the founders to the staff. It will be necessary to achieve a balance between the horizontal editorial structure of the early years and a more disciplined news room. Mediapart will also have to invest in international coverage, which for the time being remains limited in its geographical reach and of uneven quality. And last but not least, staff must come to terms with the fact that pluralism goes beyond the various nuances of pink on the left of the ideological spectrum. The strength of the old mainstream mass media was to be able to address a large variety of audiences. In the present parochialist age of the social networks, being open to a broad spectrum of opinions and ideas would really set Mediapart apart.