El Chapo sentenced to life in prison plus 30 years

A federal judge sentenced Joaquin "El Chapo" Guzman to life in prison plus 30 years, according to the US Attorneys for the Eastern District of New York.The Court also ordered “El Chapo” to pay $12.6 Billion in forfeiture. Restitution will be determined later. 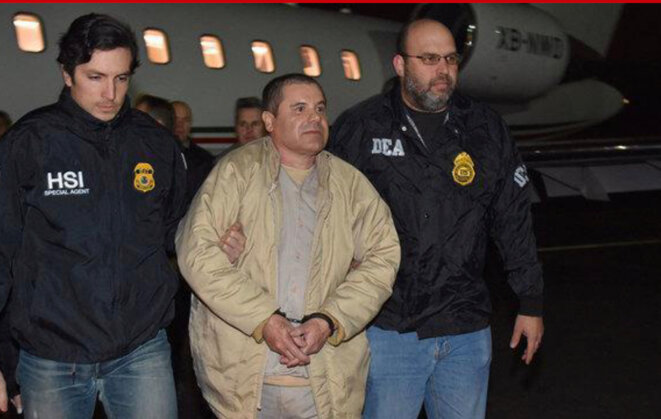 A federal judge in Brooklyn handed down the sentence Wednesday, five months after Guzman's conviction in an epic drug-trafficking case.

Before he was sentenced, Joaquín Archivaldo Guzmán Loera  « El Chapo », complained about the conditions of his confinement.

“I’ve been forced to drink unsanitary water. I’ve been denied access to fresh air and sunlight. The only sunlight I have in my cell comes through in the air vent,” the 62-year-old convicted drug kingpin told Brooklyn federal court judge Brian Cogan ahead of his sentencing.

El Chapo, whose lawyer Eduardo Balarezo was translating for him, continued reading from a piece of paper.

“I have been physically, psychologically, mentally tortured 24 hours a day.”

He also told the judge he was denied a fair trial.

“My case was stained and you denied me a fair trial when the whole world was watching," Guzman said in court through an interpreter. "When I was extradited to the United States, I expected to have a fair trial, but what happened was exactly the opposite."

“You didn’t want to bring the jury back,” he said. “You allege that the action of the jury was not important because there was a lot of evidence against me.”

“Why did we go to trial?" he added. “Why not sentence me the first day? The jury was not necessary then.”