Back to the old European Monetary System ? A comment on Lafontaine - par Emiliano Brancaccio

WHICH PLAN B? HOPNER AND BRANCACCIO © Emiliano Brancaccio

An excerpt of the debate between Martin Höpner (Max Planck Institute for the Study of Societies, Germany) and Emiliano Brancaccio (University of Sannio, Italy) during the seminar "Un Plan B pour l'Europe" that was held in Paris on January 23, 2016. Höpner supports Lafontaine's proposal to return to the old European Monetary System. Brancaccio states that it is necessary to add controls on international mobility of capital and maybe even goods to and from countries that adopt deflationary policies to increase their external surplus. On this subject see also: http://www.emilianobrancaccio.it/2016...

Back to the old European Monetary System ? A comment on Lafontaine

Summit for a Plan B in Europe

Oskar Lafontaine proposes to return to the old European Monetary System. To make this solution viable it would be necessary to impose sanctions on countries that use deflationary policies to accumulate current account surpluses. An effective system of sanctions could be based on some limitation on indiscriminate capital mobility to and from these countries. In the name of political realism, this solution could be applied immediately and independently by an individual country just as it could be extended step by step to further agreements between countries.

1. The Economists’ Warning: the fate of the euro will be sealed

In September 2013 the Financial Times published the so-called “Economists’ Warning”, a letter signed by many influential members of the international academic community beloning to different schools of thought: Dani Rodrik, James Galbraith, Wendy Carlin, Jan Kregel, Mauro Gallegati and many others. [1]

The underlying idea of the Economists’ Warning was as follows. The continuation of austerity and deflationary policies in the European Monetary Union will increase the imbalances between creditor and debtor countries, with a consequent intensification of capital centralisation from Southern to Nothern Europe and further banking crises. As a result of this process, the fate of the euro will be sealed. The European Monetary Union, at least as we know it, will tend to deflagrate and the political decision makers will be left only with a choice of alternative exit routes from the euro, each of them with different effects on social classes.

These were the conclusions of our Warning, more than two years ago. We have reasons to think that its basic theses are still valid and may prove right in the future. If we accept them, then two conclusions must be drawn. First, a “plan B for Europe” will become necessary sooner or later for objective reasons. To have a “plan B” will not be a minoritarian political option. It will become a historical necessity. Second, there is not only one type of plan B. The history of past currency crises shows that the options for exit from a monetary regime are various and very different from one another, and that each has different implications for the different social groups involved. [2]

2. Schauble’s proposal: the perfect plan B for creditors

Consider for example the plan B suggested by the German minister of finance Wolfgang Schäuble for Greece. For now, Schauble’s Grexit option is the only plan B explcitly cited in the official EU documents, more specifically in the proceedings of the Eurogroup. [3]

Schauble’s proposal can be described as the perfect plan B for creditors. The reason is simple: redenomination of the debt is what really scares the creditors. Schauble’s plan would have allowed Greece to abandon the euro but was designed to prevent the risk of Greece redenominate its debt into devalued drachmas. History has something to teach us on this point: faced with the threat of redenomination, creditors cannot be protected by mere contractual obligations. In this respect, Schäuble had a solution to protect creditors. He knew that if Greece had abandoned the euro, it would have found itself with an excess of imports over exports, i.e. with an external deficit to be covered with fresh money. It should be noted that this external deficit would not be decreased by devaluation, or at least not immediately. Schäuble therefore offered the Greek government financial support to cover the external deficit after exit and maybe even a debt restructuring, but on condition that Greek debt remained in euros.

Schauble’s plan B in some ways echoes the crucial concept of The Leopard, a famous Italian novel: everything is to be changed in order to keep everything the same. In the case of Schauble’s plan, everything is to be changed, even the currency, in order to keep European economic policies and the balance of power between debtors and creditors and social classes essentially the same. This kind to plan B would have been catastrophic. The worst of keeping the euro combined with the worst of abandoning it.

We must say it clearly: given the current balance of power in Europe, and given the enormous delay of the left-wing forces on this issue, in the case of precipitation of the Eurozone Schauble’s proposal may be the only plan B on the table of future negotiations, not only for Greece but also for other countries.

3. Lafontaine’s proposal: a return to the old EMS

Fortunately, there are other solutions too. Consider, for example, the plan B that consists in the possibility of returning to the old European Monetary System (EMS). This option has been put forward on various sides. Oskar Lafontaine, as we know, is one of its advocates. [4]

One of the merits of Lafontaine’s proposal, in my view, is the fact of making it clear that leaving exchange rates to the mercy of market forces would not be the best solution. Floating exchange rates would foster speculation and work to the advantage of the worst financial capitalism. Nor is it certain that they would help to resolve structural imbalances and mitigate capital centralisation in the current Eurozone. [5]

In my opinion, however, Lafontaine’s proposal is not sufficient by itself. It needs to be supplemented. The idea of a return to the old EMS can be seen as an initial hypothesis but not as an end point of our analysis. The limitation of a return to EMS lies in the fact that it runs up against a problem that has been broadly examined in the economic literature under the names of the “impossible trinity” or the “inconsistent quartet” of international economy. In a nutshell, this problem refers to the difficulty that any country has in securing margins of autonomy for national economic policies in conditions of complete freedom of international circulation of capital and maybe even goods. For example, in a situation of perfect mobility of goods and capital, a country that tends to build up current account deficits cannot pursue economic policies aimed at increasing employment.

It should be noted that the fact that the exchange rates were adjustable in the EMS was not sufficient to solve this problem. The economic policies of countries with a tendency to develop an external deficit were strongly influenced by the economic policies of Germany, the leading country which tended to accumulate a surplus. It is precisely on this point that the idea of a European central bank was mooted in the early 1990s, above all in France. The French idea was that the EMS was dominated by German monetary policy and a European central bank would help to make policy choises more shared. If we do not remember the terms of the transition from EMS to the Eurozone, we are in danger of overlooking these crucial aspects of the history of European unification.

This is why I think that while Lafontaine’s proposal to discuss a return to the EMS is welcome, in order to take a step forward it is perhaps necessary to find some way of limiting the hegemony of the countries with current account surpluses, which exists today but existed also within the EMS. To clarify, a return to the EMS as such would not be sufficient to solve the enormous imbalances fueled by relative wage deflation in Germany, where between 1999 and 2013 money wages grew just half compared to the eurozone average.

Economists know there is just one logical solution for this problem: some sort of sanctions must be imposed on countries that use deflation to increase their external surplus.

In a “plan A” perspective of reforming the EU treaties, monetary sanctions similar to those currently imposed on countries with excessive budget deficits could obviously be considered. In practice, it would be a matter of making the current “Six pack” wider and binding. The problem is that a plan A does not appear very realistic, at least in this historical period.

Well then, in a more realistic plan B perspective, in which the treaties are not revised and the Eurozone tends to disintegrate, what sort of sanctions should be imposed on countries that despite their large current account surpluses still adopt deflationary policies? I believe that there is only one logical answer: it must be possible to introduce limits on the free circulation of capitals and perhaps even of goods to and from such countries.

In my opinion, this means that a return to some sort of EMS should be combined with the possibility of imposing capital controls to e from countries that use deflation to accumulate current account surpluses. It should be noted that this kind of solution has authoritative points of reference. It draws on the contributions of the International Labour Organisation on “labour standards” but also on Article VII of the Articles of Agreement of the International Monetary Fund. I call this proposal “European Monetary Balanced Agreement” (EMBA), but the name is not really important. [6] What really matters is that this solution could be applied immediately and independently by an individual country just as it could be extended step by step to agreements with other countries. This is one of the reasons to consider such a solution more realistic than others.

5.  Against the black wave of xenophobia

The plan just described implies a progressive critique to indiscriminate globalization. In my opinion, this critique also represents a way to curb the black wave of today’s neo-fascisms.

On this point, let me give you a clear example. While xenophobic nationalists are only fighting for further controls over immigration, a renewed left should counter this black wave with an alternative call for controls over indiscriminate capital mobility to and from countries pursuing policies of deflation and downward wage competition. Right-wing forces gather consensus through an easy fight against immigration. It is time to propose a rational and progressive alternative: to stop indiscriminate, deflationary international capital movements.

6. A critique of the most extreme features of the single European market

In conclusion, I believe that now is the time to overcome a misunderstanding which may find its origins in naive interpretations of labour internationalism. We must clarify to ourselves that supporting progressive labour internationalism does not mean accepting indiscriminate globalisation. It requires, rather, a continuous organization of social struggles for a balanced and peaceful development of economic relations among nations.

In this respect, the proposal of Lafontaine and others of a return to the EMS is welcomed. But if we really intend to suggest a consistent “plan B for Europe” then we must speak clearly: we have to question not only the single European currency but also the most extreme features of the single European market, starting from the free capital mobility to and from deflationary countries.

Capitalist globalization has not ended, but is going through a historical crisis. The right-wing parties have been noticed this trend and exploit it to their advantage. Left-wing forces should close their delay by providing original, internationalist and critical proposals for the current, complex historical phase. A return to a sort of European Monetary System with capital controls against deflationary policies could be a consistent and rational option, in the interest of workers and peace, in Europe and in the rest of the world. Thank you. 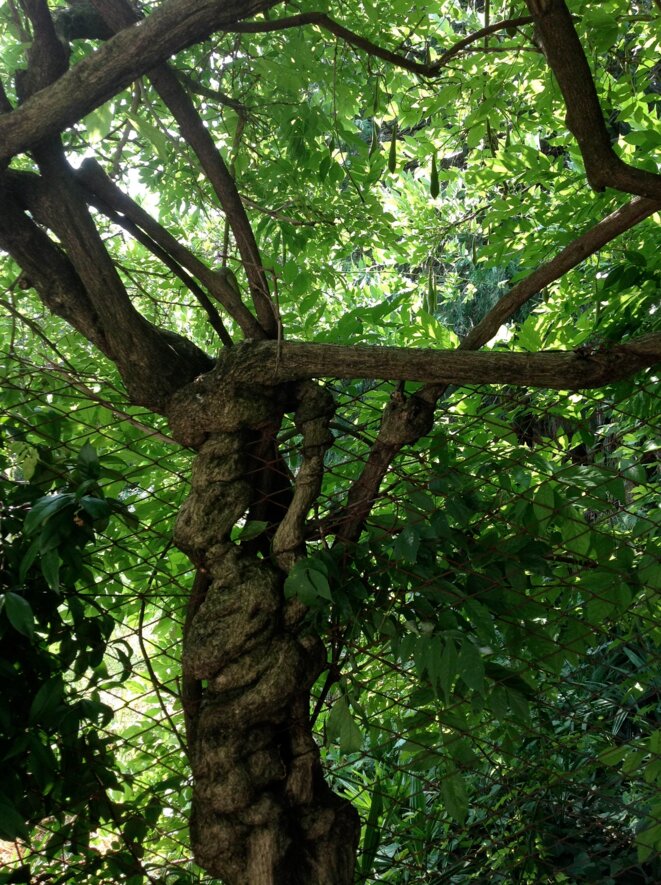