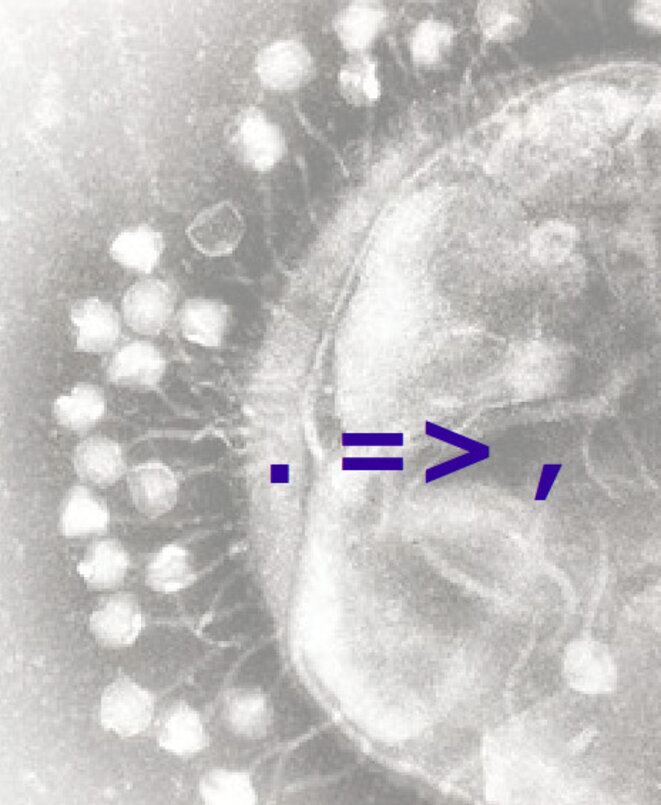 Genetics and Cybernetics – ExOF, a model of subjectivation

Genetics and cybernetics are irremediably linked. They have historically fed each other to promote a mechanistic, informational, deterministic and molecularized ontology associated to a mode of government based on prediction and individually assumed control of oneself, particularly apparent in our neoliberal era.

From the 1940s onwards, cybernetics main impetus was to work towards a mathematical and systemic modelisation of every phenomena (biological or social) in communicational and informational terms (i.e., the interiority and substance of studied objects are no longer relevant). In essence, cybernetics is a project of limitless rationalisation and transparency, prediction and control, that was constructed as an answer to the post WWII need of order and certainty – an active desire of a new totality in a disordered and highly entropic world to which humans were no longer adapted.

Genetics, born at the turn of the 20th century, is initially established in relation to eugenics, a techno-scientific project of domination aimed at controlling human evolution through the creation of a “new human”. After WWII, the response of biology to the problem of “order from disorder” was that the organisation of living beings had to be reflected in a sort of specific signal, a code. This code was soon to be embodied by the DNA and its mode of signalling regulation through the genetic program, sealing the alliance between genetics and cybernetics. Following decades of genetic engineering and the Human Genome Project, a new bio-industry emerges in the 2000s: the Direct-To-Consumer genomic tests business. This private industry, a chilling rebranding of eugenics, offers ancestry tests, talents tests, medical prediction tests and other personality tests using the genomes of adults, children and embryos…

Following this, and inspired by The cybernetic hypothesis (Tiqqun), I suggest a 3 step model (ExOF) for a general mechanism of subjectivation in contemporary societies:
– Extraction: we are emptied of our knowledge, capacities, creativity, body “data”, privacy etc.
– Ordering: what has been extracted is then catalogued, stored and ranked.
– Feedback: what has been extracted and ordered is then re-introduced into us, fed back, so as to re-create us as new subjects.

I argue that this model is helpful to describe the way genetics/cybernetics is shaping us as essentialised, determined, anxious, body-scared, guilt-fuelled, fear-driven, choice-compelled, adaptation-nudged, self-responsible and de-collectivised subjects whose life becomes one centred around self-managing the risks and promises provided by science.