Human, social and political assessment of the recent wildfires in Greece

The toll of the deadly wildfires that ravaged the outskirts of the Greek capital is catastrophic, and the consequences are immeasurable. The means of civil protection undergo the impact of austerity. Government support measures are very inadequate. The poorest are in the front line of solidarity actions!

Review of the disaster after the latest wildfires
Human victims: 93 dead including several children!
Among them: 1 death in intensive care, 7 bodies not found
Causes of death: cremation, asphyxiation, burns, drownings
Injuries stil in hospital: currently 36, including 14 in intensive care
Dwellings destroyed: 1500
Vehicles destroyed: 800
Sociology of the affected areas: 50% main dwellings, 50% secondary dwellings and businesses, including tourist
Peak of temperature during the fire storm: 1000 degrees Celsius 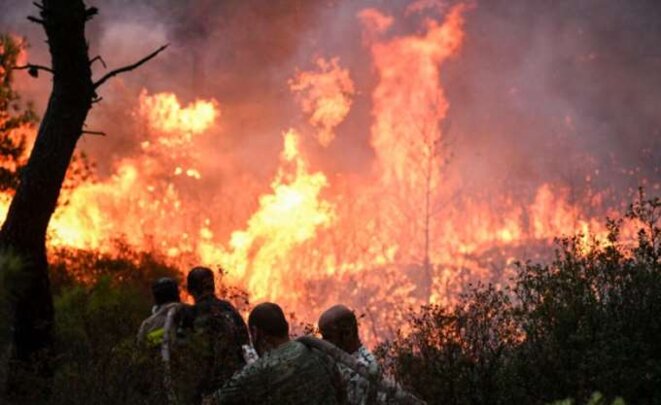 Waiting time of the coastguard boats by the survivors, immersed in the sea water: 5 hours!

1st official release: 7 hours after the disaster
Government crisis meeting: 21 hours after the disaster
Evacuation of disaster areas: according to individual initiatives
Transport of the wounded: with individual means
Compensation by destroyed house: 5000 euros
Postponement of expropriations of households over-indebted: nothing!
Attitude of the SYRIZA government: arrogance, conspiracy theory, lack of self-criticism, embarrassing insouciance
State of health services during the crisis: disorganization
On the latter subject, you can find on the Médiapart blog the communiqué of the Panhellenic Federation of employees of Public Hospitals.

Spontaneous solidarity: massive!
Means: donations of blood, donations of materials of all kinds, physical involvement, reception of victims
Actors of this solidarity: people with modest means, Syrian refugees, Kurdish refugees, Roma, self-administered Solidarity Dispensaries, Citizen Collectives, Red Cross.
Among the actors of solidarity I must mention the Egyptian fishermen of the Aegean Sea, who have collected many survivors in the waves, while the boats of the port guards had not yet been present. It is these same fishermen that the Golden Dawn thugs assaulted 4 years ago.

Attitude of the elites
Association of Greek Industrialists: verbal condolences, zero donations
Orthodox Church: For orthodox bishop Ambrosios it is a just divine punishment because the people voted for a government of atheists, the SYRIZA party.

Government measures taken after the crisis: announced acceleration of the demolition of illegal constructions, compensation of 5000 euros per destroyed house (with bonus depending on the number of members of the household), grant of two additional months for pensioners affected, 45 days of compensation additional unemployment for employees whose company was destroyed by fire, 10.000 euros in compensation for the survivor of the couple of which one member died, a scholarship for the young of the families affected, exemption from real estate tax for homes destroyed (but for the year 2018 only), extension of the deadline for the tax return in October, exemption of electricity bill for homes destroyed for the first half of 2018.

The cumulative cost of these measures is estimated at 10 million euros, 0.01% of the budget of the Greek state. The funds will be drawn from a "special jackpot" whose creation bas been announced by the goverment.

The opposition considers these measures insufficient. The Communist Party of Greece (KKE) has announced that it will abstain from voting the bills in the Greek Parliament. 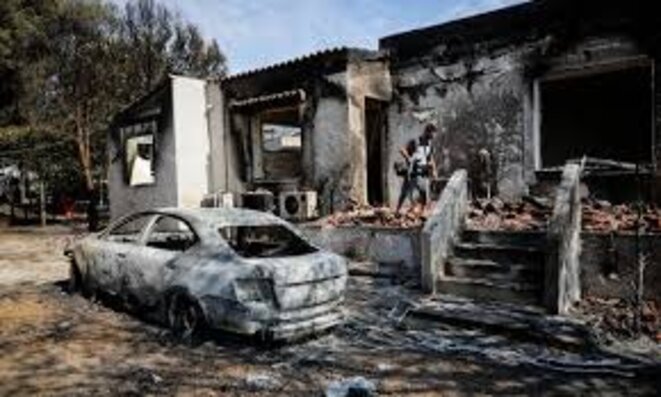 Resignation of the Deputy Minister for Civil Protection, dismissal of the Chief of Police and the Chief of the Fire Department.

Justice has been seized to investigate the situation and possibly assign responsibilities. However, the SYRIZA government decided on a parallel investigation and commissioned a German expert company for this purpose.

Post-scriptum:
This is not a professional journalistic account of the events related to the wildfires but a personal note, based on elements published in the Greek and non-Greek media. It is subjectivity influenced by both a sentiment of grief and revolt and by my personal militant engagement.

Testimony on health management of the recent wildfires in Greece 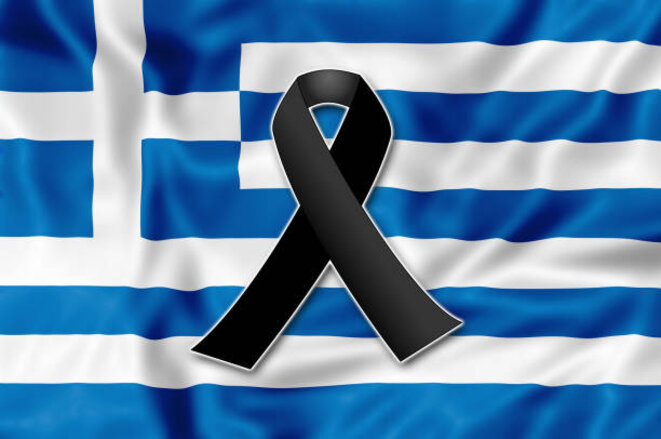