To get out of the nightmare, Greece and its people must find the way through the clashing Symplegades rocks of SYRIZA and New Democracy, political parties wishing to continue their enjoyment of power over the ruins of the country and the suffering of its people. This way out must turn immediately away from the ambushing Leviathan of Fascism, who stands ready to swallow the ship with its crew.

On 26th of May, we are invited, as in all EU countries, to vote for the representatives of Greece in the European Parliament.
This electoral confrontation takes place at a critical moment for the course of the world and of Europe in particular. Clouds gather from all directions and threaten political freedoms, social rights, peace and the sustainability of our ecosystem. Neoliberal capitalism, in a lasting crisis over the last decade, is no longer bothered by respect for basic democratic guarantees. The French experience of the brutal repression of the popular movement by the Macron government confirms this observation.

In Greece, the betrayal of the popular will by the SYRIZA / Tsipras government has left open the way for the ruin and vassalization of our country and for the perpetuation of the suffering of our people. The marginal improvement of certain macroeconomic indicators can not mask the perpetuation of poverty and precariousness, the deepening of inequalities, the quasi-forced exile of the younger generation, the deterioration of Education, Health and Civil protection, the clearance sale of our common heritage. All non-privileged Greeks experience these facts in their daily lives.

At the same time, unnatural collusion between Prime Minister Tsipras and Trump, Netanyahu Sissi, Macron has not only dragged in the gutter the political honor of our people and of the Left, but irresponsibly exposes our country to the risk of a war in the region .

The prolongation and expansion of mining and drilling activities in our country (Eldorado Gold in Chalkidiki, oil drilling in the Ionian and Libyan seas and in Epirus) announce, if they are not prevented, the destruction of the Greek ecosystem and of many branches of our local economy, for the benefit of big capital, international and indigenous.

The transformation of the Aegean islands, following the shameful EU-Turkey declaration into large refugee prisons, has allowed a political space, to fascist Golden Dawn, still under criminal indictment, indirectly legitimising its discourse, so that it may continue to poison Greek political life and society. This at a time when the Far Right is becoming a hegemonic force in several European countries.

To get out of the nightmare, Greece and its people must find the way through the clashing Symplegades rocks of SYRIZA and New Democracy, political parties wishing to continue their enjoyment of power over the ruins of the country and the suffering of its people. This way out must turn immediately away from the ambushing Leviathan of Fascism, who stands ready to swallow the ship with its crew.

We are not alone in this fight. Comrades from France, Spain, Portugal and Italy are at our side and give us their hands. This is proof that our position for a disengagement of the European treaties, and especially of the Euro Treaty, is not a position of retreat or regression, but on the contrary a position conducive to true friendship and equal cooperation between peoples on the path of our common emancipation.

The honor and trust granted by the comrades and friends who proposed me to participate in the European list of "Popular Unity - Front for the Overthrow" should be enough a reason to do it. But above all, it is the duty to continue the fight with comrades who fight for equal and universal access to Health, free access to Universities with no tuition or registration fees, work for all in stable and decent conditions, the protection of the homes of popular households and the right to housing for all, a human welcome for refugees, solidarity with all peoples in struggle, especially the Palestinian people, popular sovereignty and full Democracy, for the annulment of all illegitimate and odious debts, in Greece, France and Europe.

Against resignation and fatalism, let's build with Popular Unity and its allies the new Front for the Overthrow of inhumane antisocial neoliberal policies in Europe. 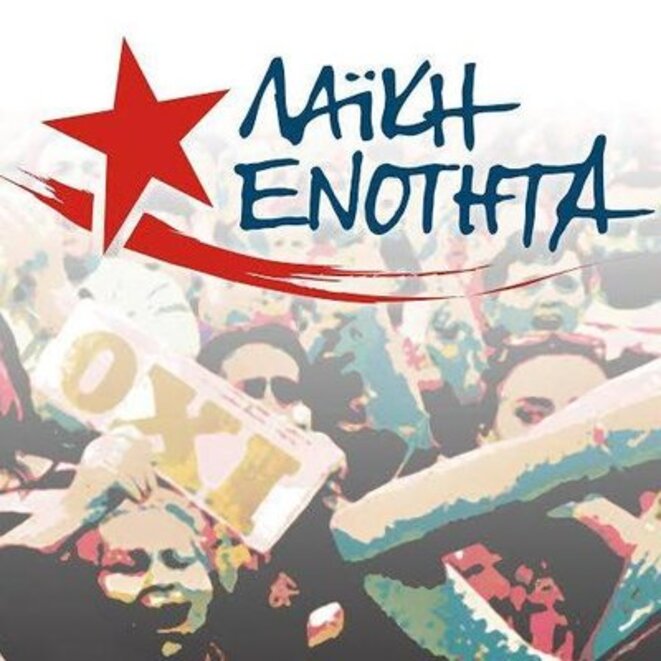