As Americans, today, we ought to be uniting against the threat of division. 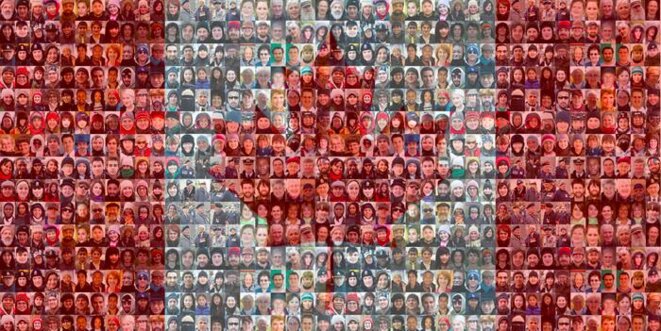 Multiculturalism policy was officially adopted by Pierre Elliot Trudeau's government during the 1970s. © Sutori
As Americans we ought to be uniting against the threat of division.

The divisions in the U.S. that we have witnessed taking place over the past decade ought to remind us of the fragmentation in other societies in which diverse groups which had lived harmoniously together for generations, —Hindu-Muslim in India, Christian-Muslim in Yugoslavia— suddenly didn’t. Those divisions were manufactured by colonizers.

As Americans, today, we have a chance to halt the chaos making. In fact, under the presidency of Donald Trump we are in a transformational period ripe for it. Transformation of any kind requires a letting go of attachments to historic patterns, forms and structures, in order to reveal brand new possibilities that weren’t available in the old way of thinking.

Here’s the latest in transformative thinking. “Multiculturalism,” led and controlled by whites without a true history of slavery and oppression reproduces the ontologies, epistemologies, and practices of white supremacy. This phenomenon spread into the U.S. from Canada.

“Multiculturalism” was adopted as the official policy of the Canadian government during the premiership of Pierre Trudeau in the 1970s and 1980s. Multiculturalism is even reflected in Canadanian law.

Canada was the first country in the world to adopt a multiculturalism policy. As a political tool, multiculturalism has functioned as not merely a response to diversity but also a means of constraining it, helping to create the very divisions they were allegedly meant to manage.

As Americans it is important to for us to understand how it was meant to influence us. Because Canada’s multiculturalism polices were installed to undermine America’s Civil Rights Movement.

In order for America to “decouple” from British Atlanticism and Canada’s “multiculturalism,” understanding the Marxist cultural campaigns is an imperative.

Multiculturalism used to be a benign idea that was akin to the “melting pot” of America and its early immigrants. That was until the Marxist application of multiculturalism started to trickle down from the North, where white Canadian elite have used it to oppress non-whites.

This kind of multiculturalism was never part of the American plan. In fact, Canada’s multicultural policies were installed by the British to undermine the American Civil Rights Movement. Like Ukrainians from Canada, those policies have been sneaking into America for decades.

Emphasizing the visible minority reduces the non-white woman to an cheap symbol of culture and as such limits her potential to claim political and subjective agency. This serves the goal of whites to track race and ethnicity rather than the interest of the visible minorities.

It’s not just Canada, though. The division that resulted in the genocide of Orthodox Christians in the 20th century Balkans was manufactured by NATO.