In 2016, I proposed a media reform program for Ukraine. Today, America needs such a program even more so than Ukraine. 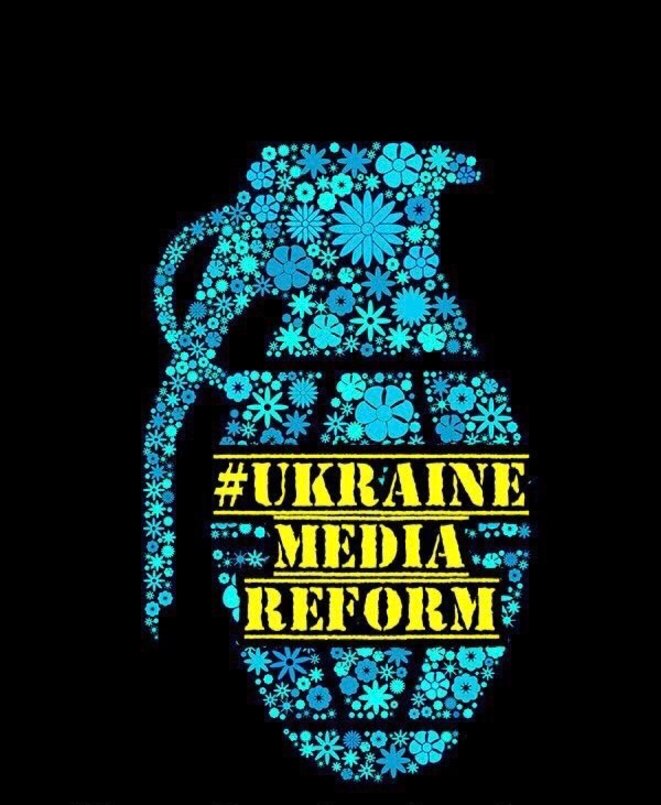 For us in the United States there is no better country than Ukraine to tell us Americans, “physician, heal thyself.”

Folks, I will give you the prognosis straight up. Our corporate media is a quasi-state institution. The media itself has become part of the War Lobby. We’re now facing a behemoth military-intelligence and media industrial complex (MIMIC). The final corner of the corporate metaphorical Pentagon. The American quasi-state media serves as the mouthpiece for the U.S.’s ruling corporate-backed Neoconservative Party.

Vermont Senator Bernie Sanders is on the right path. In order to reform American foreign policy along sane and moral lines, the first task is to clean up the complete disaster we call the news media. We can do this by protecting journalists from Wall Street looting, billionaire influence and corporate control with concrete policies to strengthen antitrust enforcement, deter mass layoffs and increase investment in programs that fund local news gathering.

We Americans are not against journalism. On the contrary. Freedom of speech is the cornerstone of democracy. We are against a profit-driven corporate system that has long stymied real journalism and is now destroying the entire industry. We call for a comprehensive and detailed plan to reform the media and strengthen the free press. Bernie Sanders’ views on media ownership are right on the money (literally) but need fleshing out for real public policy to become effective. That some are even calling it “press bashing” proves it. Sanders’ criticism of the corporate media, particularly WaPo, draws attention that American journalism has become unserious to the people in that industry. If one is unable to understand why Sanders disapproves of the corporate media, one is exposing their complete ignorance of his campaign. Corporates have unlimited amounts of money and significant control over the media, over our economy and over the political life of our country. Bernie Sanders is outspoken critic of the labor and tax avoidance strategies of Amazon. The Washington Post which is owned by Jeff Bezos, who owns Amazon is a mouthpiece for Bezos is directly threatened by Sanders’ anti-corporatist presidential campaign. Jeff Bezos, Amazon and Washington Post are the real problem in America. But of course, they don’t want to hear that. Sanders is standing up to corporations. The media serves as the mouthpiece of those corporations.

In 2016, I proposed a media reform program for Ukraine. Today, America needs such a program even more so than Ukraine. Bernie’s plan is a start. First, we need to raise better public awareness. There’s a virus affecting Americans, and it is not the coronavirus I speak of. It is the quasi-state media that has brainwashed a sizable portion of Americans. The censorship efforts of the corporations supporting the U.S. government make the former Soviet Union look like Disneyland.

At the present time, we have a proliferation of political nihilists who are spreading dangerous words. Do you really think that we would keep silence and not raise voices to condemn and anathematize them, if their words are destructive? By no means. Righteous moral indignation and civil disobedience is our best recourse. The Neoconservative, whose métier is iconoclasm, is first and foremost a covert lobbyist for corporations. We are battling corporatism. I like to think of Neocons as the clown car version of the Soviet politburo that the prophet Aleksandr Solzhenitsyn wrote about in 200 Years Together, responsible for all of the communist terror and atrocities, but like the Nazis, they are inherently stupid and rely on style over substance.

Famous Neoconservative Irving Kristol applied ‪the intellectually dishonest work of German-American political philosopher Leo ‬Strauss appealing directly to U.S. corporations to commission Neocons as “intellectual champions” to attack the “undesirable other.” Kristol’s corporate network became legendary, and he won the informal title “godfather” for his skill at connecting people to sponsors, making him a potential goldmine for those willing to toe the line. Kristol described Neoconservatism more as a “persuasion” than an ideology. You and I would call it a pyramid scheme. The Neocons respond to what the elitist element in corporate society wants done.

A complicated issue, although it not ought to be, is the relationship between so-called “intelligence community” and the corporate media. This has got to be addressed by U.S. Congress. Throughout the Cold War, the CIA served the interests of the financial elite by artificially inflating estimates of Soviet military strength. When the Cold War ended and the CIA was without an adversary, it quickly turned to corporate espionage via the Five Eyes Anglosphere (read white supremacist) intelligence alliance of the U.S., Great Britain, New Zealand, Australia and Canada. In the case of American foreign policy regarding Ukraine, Nazi freaks in Canada have been particularly troublesome.

An overwrought cliché but still a good one: the first step is admitting there’s a problem. In our case it is totalitarian propaganda. Oh, yes.